Out of the Rubble: Coping with Disaster Debris

As we said in Part 1 of this series, construction and demolition debris includes waste generated by natural disasters. 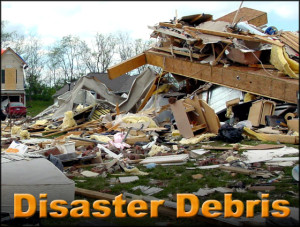 Earthquakes, tornadoes, floods, hurricanes, and fires create massive amounts of rubble. Devastated cities and towns, already overcome by the human crisis, face the insurmountable task of clean up in the aftermath of destruction.

How Much Construction and Demolition Debris is Generated in Disasters?

Every natural catastrophe produces its own signature of construction and demolition debris.

The amount of destruction is unbelievable: Look at these figures on recent disasters:

What Is Included in Disaster Waste?

C&D disaster debris is separated into distinct categories for proper disposal, including: 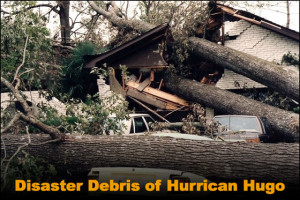 Including recycling as part of the disaster waste disposal plan has proven to be more economical that simply dumping mixed debris into landfills. Recycling disaster debris reduces the strain on overburdened landfills, saves money on disposal, and actually makes money through resale of materials.

Examples of recyclable debris materials include:

• Reclaimed soil used for landscape cover.
• Green waste processed into compost or much material.
• Asphalt and concrete crushed into road sub-base material.
• Brick and stone sold as landscaping trim or ground up to use on baseball infields.
• Metals like steel sold to scrap dealers for recycling.

RHINO steel buildings are designed and engineered to meet or exceed all local building codes. Steel provides the best protection against natural disasters. It offers the strongest strength-to-weight ratio of any building material. Steel buildings are highly resistant to damage from strong winds, fire, lightning, and earthquakes.

Steel buildings last longer, retain their value longer, and stand up to Mother Nature better than any other building material.

Eco-friendly RHINO steel framing contains recycled steel. At the end of its usefulness, a RHINO steel building is 100% recyclable.