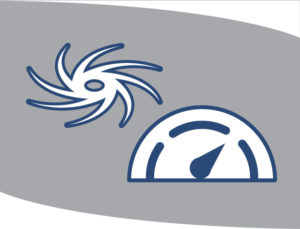 Did you ever notice how closely meteorologists and hurricane forecasters watch hurricane pressure in a storm?

There is a very good reason for their concern: the lower the barometric pressure, the more intense the storm.

We armchair weather watchers tend to focus on the category designation of a cyclone or the highest wind speed.  However, weather professionals know the hurricane pressure scale indicates whether a hurricane is weakening or strengthening.

What Is Barometric Pressure?

We generally think of air as being weightless.  That is not true.  The gases that make up our atmosphere do have weight, since the Earth’s gravity pulls at the atmosphere.

When acrobats climb in higher and higher tiers, the man at the bottom of the formation feels greater and greater weight.  So it is with air.  The outer atmosphere places pressure on the gas molecules closest to the Earth, compressing the air at the bottom with its bulk.  Air’s gas molecules are squished closer together, making the air denser and heavier.

Air pressure, also called barometric pressure, indicates how the weight of the atmosphere above is shifting.

A falling air pressure generally means there is an approaching storm that will arrive within the next 12 to 24 hours.  The farther the barometric pressure drops, the stronger the storm.

Air pressure is measured with a barometer.

The barometer units of measure are called millibars, meaning the atmospheric force exerted on one square meter of surface.

Scientists consider 1013.2 millibars to be the normal air pressure at sea level on a calm day.

Meteorologists gauge not only the intensity but also the cycling of a tropical event by the drops or rises in air pressure and wind speeds.

If barometric pressure increases, the cyclone may be losing strength—or going through a cycle of reorganizing.

Alternately, if the pressure goes down, the storm is intensifying, gaining in strength and in wind speed.

Therefore, the lower the barometric pressure in hurricanes, the higher the wind speeds— and the more dangerous the storm.

Here are the lowest pressures of a few of the more infamous hurricanes:

Categories of a Hurricane 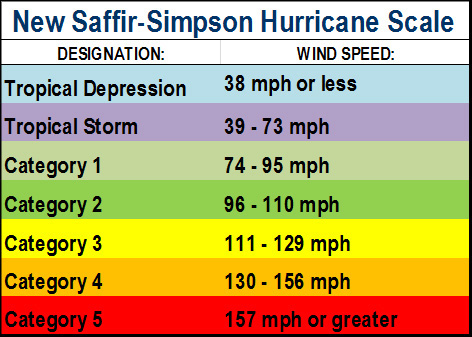 So what are the categories of a hurricane?

Meteorologists give hurricanes category designations based on their sustained wind speeds.

As we stated earlier, the lower the storm’s barometric pressure falls, the higher the wind speeds.  Consequently, the stronger and more dangerous the storm becomes.

The hurricane category chart provided here indicates the sustained winds speeds that govern the categories of a hurricane in the Atlantic. 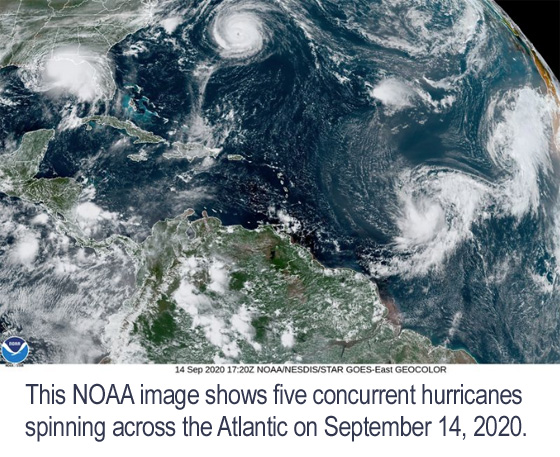 Unfortunately, NOAA is predicting another active hurricane season for 2021.

In fact, current research released by NOAA indicates we can expect the following increases in future hurricane activity:

Our commercial-grade steel buildings are the strongest, safest, smartest way to build.  In fact, RHINO’s pre-engineered metal framing is guaranteed to meet or exceed all current local building codes for the lifetime of the structure!

For more information about RHINO-tough steel building products, call our hotline today at 940.383.9566.