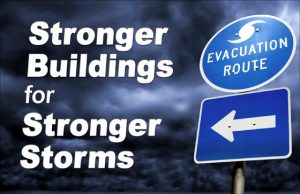 The National Oceanic and Atmospheric Administration (NOAA) predicts between ten and sixteen named storms for 2018.  They expect five to nine storms to become hurricanes.  NOAA’s forecast also suggests one to four of those storms could reach major hurricane status.  A major hurricane is any of Category 3 or higher, with sustained winds of 111 mph or more.

Unfortunately, where these projected storms might strike is anybody’s guess.

The High Cost of Hurricanes

After major disasters, property insurance premiums can rise dramatically— and not just for the areas afflicted.  People may see significant increases in auto, home, and business property rates, as insurance companies struggle to recoup losses from major hurricanes.

After the accumulative effects of last year’s disasters, industry analysts expect insurance rates to increase 5% or more across the board.  Disaster-prone areas could see rate hikes as high as 20%.

And 2017 marked the first year in the 166 years of recorded hurricane history that three Category 4 hurricanes stuck the U.S. in the same year.

However, the economics of disasters pales in comparison to the tragic loss of life.  In 2017, weather-related fatalities in the U.S. rose to 477.

Steeling for the Storms with Stronger Buildings

Given the odds of disaster striking, doesn’t it make sense to invest in stronger buildings?  This is especially true for those living along the Gulf or Atlantic coasts.

RHINO storm proof framing last decades longer than that of other typical building systems. Yet, they retain their beauty and value.  Here are just a few of the advantages RHINO’s stronger buildings deliver:

All our structures will meet or exceed every current building code in your area— and that is guaranteed for the lifetime of your structure.  In fact, no building department has ever refused issue a building permit for a RHINO structure— not even extra-vigilant Dade County, Florida, devastated by Hurricane Andrew.