The type of fasteners used for steel building construction may seem like an insignificant detail.

Beware of Rust and Corrosion of Cheap Metal Building Fasteners 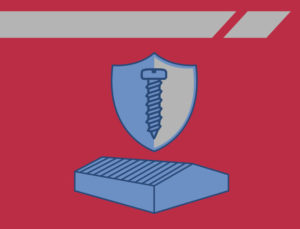 However, rust is much more than a cosmetic problem.

Once rust forms, it spreads.  Corrosion may eventually cause serious structural problems in metal buildings. 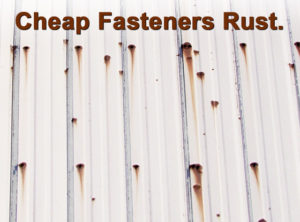 Did you know that rust could even be dangerous to your health?

Rusty surfaces easily trap tetanus spores.  Once the bacterial spores enter a body, they produce tetanospasmin, one of the deadliest neurotoxins known to medical science.

Thanks to vaccinations, tetanus (also known as lockjaw) is very rare in industrialized countries.  However, it is far more common in developing nations.

According to the Mayo Clinic, there is no cure for tetanus.

RHINO steel buildings use only top-of-the-line steel building screws with high-grade washers for maximum leak and corrosion protection.  Our high-end screws and washers improve the value and the longevity of steel buildings.

These RHINO fasteners carry a lifetime warranty against red rust corrosion on the zinc head.

RHINO also supplies metal building screws with heads that match the color of the steel panels selected, for a more beautiful, professional appearance. 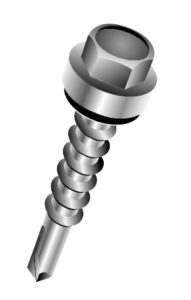 Superior metal building fasteners are just one part of the quality you can expect with a RHINO steel building kit.

Learn more about The RHINO Difference in steel building construction.

Phone now to discuss your building project in detail with one of our experienced metal building specialists at 940.383.9566.