The Shocking Truth About Metal Buildings in Thunderstorms

Contrary to urban myth, steel buildings resist lightning, not attract it. The height of a structure, not the framing material, determines the probability of a direct lightning strike. The taller the building, the greater the risk that lightning might hit it. 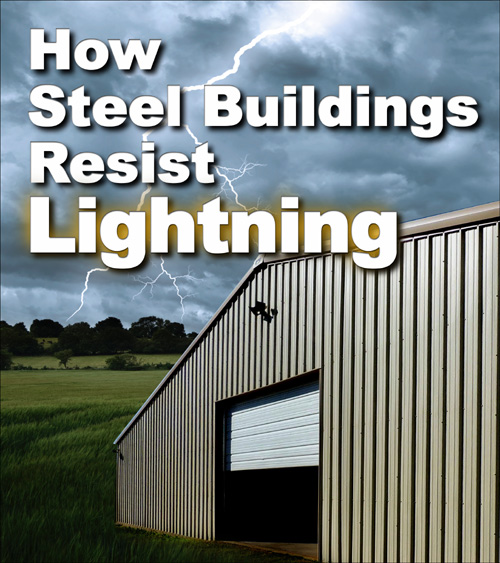 Lightning is nothing more than super-charged electricity. A single lightning bolt generates up to 100 million electrical volts!

All building materials either conduct or resist current. The less the resistance to electricity, the less likely structural damage will occur. Steel conducts current far better than wood. Properly grounded, a metal building permits lightning current to pass harmlessly through the framing and into the ground.

Wood, on the other hand, offers so much resistance that current often flashes outward, striking objects or people nearby. Why do you think they tell you never stand under a tree in an electrical storm? 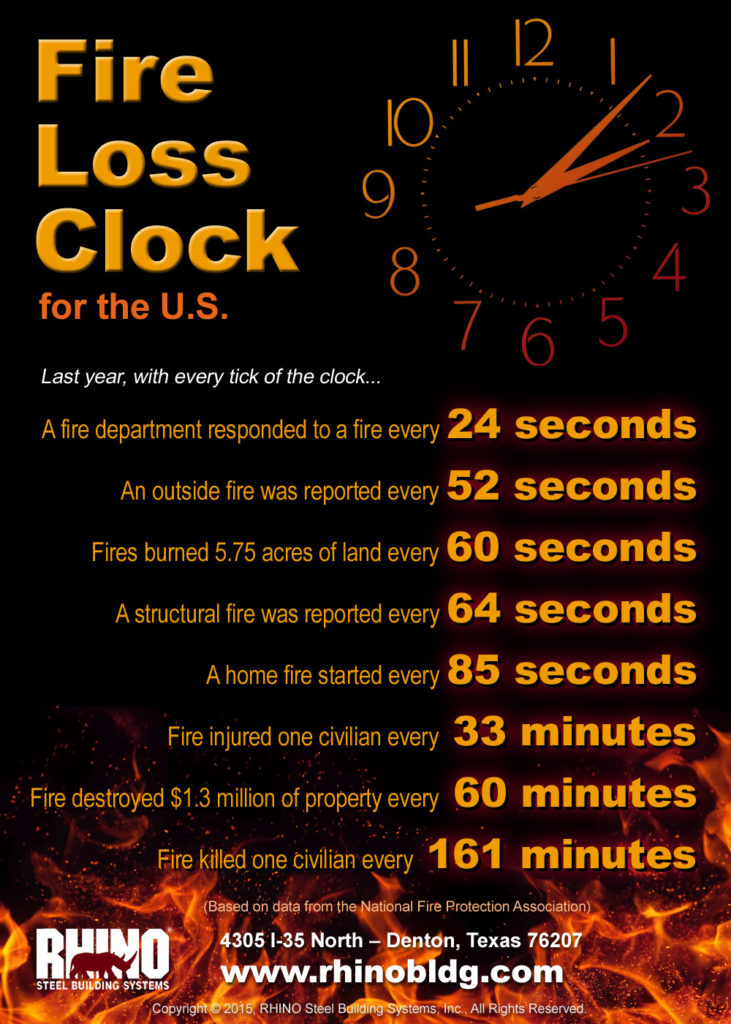 Combustible wood framing is far more likely to ignite into flames when lightning strikes than non-combustible steel framing. Compounding the problem, wood framing feeds a fire. Steel framing does not burn nor fuel a blaze.

Rigid-iron steel framing does not begin to lose its strength until a fire reaches 1,500 degrees Fahrenheit or more. Light-gauge steel loses its structural integrity in a fire much faster, and may suddenly collapse without warning.

Steel buildings resist lightning damage and subsequent fires better than any other building system. However, thwarting damage from Nature’s savage fury is just one of the many advantages of RHINO Steel Building Systems. Our premium grade metal buildings are not only non-combustible, but also more resistant to damage by snow, wind, earthquakes, mold, and termites.