Are We Losing the Battle with Wildfires?

Wildfires Continue to Burn Up Resources and Tax Dollars

At this moment, there are 68 wildfires burning across the Northwestern U.S.

The scope of these devastating conflagrations in recent years boggles the mind. Although local and federal firefighters alike valiantly battle the blazes, the sheer number of wildfires seems overwhelming.

The Basics of Wildfires 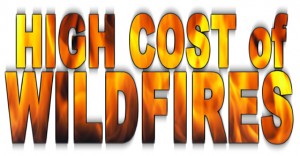 Fire is the most destructive natural force known to man.

Wildfires are unplanned burns. Small grass fires, brush fires, and forest fires become wildfires when they quickly spread out of control. Also sometimes called wildland fires, these devastating infernos gobble up everything in their path.

Mega-fires are wildfires that burn though 100,000 acres or more before being extinguished. According to “Wildfire Today,” mega-fires are on the rise in the U.S. Before 1995, the nation averaged one mega-fire per year. Since 2005, the average has skyrocketed to 9.8 mega-fires each year.

Mega-fires represent a small percentage of total wildfires, yet can devour 90% of the federal fire suppression budget.

Drought conditions in the Western U.S. will likely continue to fuel wildfires and mega-fires. Climate changes have extended the length of the average fire season by 78 days.

Although it is only September, the 2015 fire season to date is already one of the worst on record.

The Real Tragedy of Wildfires

Economic considerations aside, the real tragedy of wildfire is the loss of life. 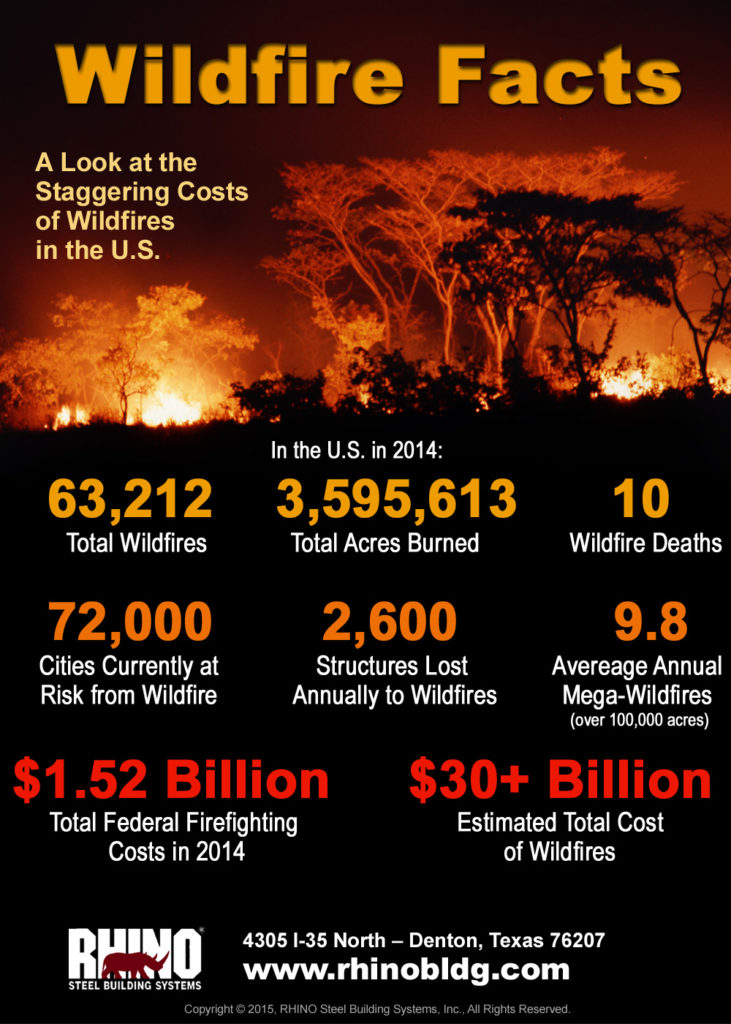 While no structure offers complete fire protection from a wildfire, steel buildings do provide increased fire resistance. As a non-combustible material, steel does not fuel a fire like wood framing.

In addition, steel is more resistant to damage from lightning— another cause of fires.

Call RHINO Steel Building Systems to learn more about affordable, durable, fire-resistant steel buildings. Call us right now at 940.383.9566. An experienced steel building specialist will answer your questions and provide a quote for your next low-rise building project.