Snow loads indicate the amount of additional force pressing down on a building when winter storms pile snow and ice on the roof.

There are two types of loads in construction: live loads and dead loads.

Ever-changing live loads like snow and ice are temporary weights on the structure.  Dead loads are all the permanent parts of the building that add to the weight of the structure. 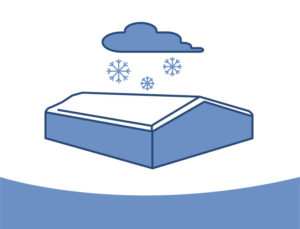 There are many variables involved in determining snow’s weight:

MOISTURE CONTENT:  Typically, snow in the western U.S. is drier and lighter than the moisture-laden snow experienced in the eastern part of the country.  Snow water content ranges from 5% to 32%.

For example, one cubic foot of freshly fallen powdery snow weighs just over three pounds.  However, very wet snow can weigh seven times as much as dry snow!

ACCUMULATION:  The snow from just one day does not tell the story, either.

Today’s storm may only drop 4” of snow.  However, if your roof already had 30” of snow on it left from several previous storms, that 4” of snow could be the straw that breaks your structure’s back.

DISTRIBUTION:  Is the snow depth uneven across the roof?  If so, portions of the roof may experience greater stress.

Wind creates drifts, especially around dormers, roof valleys, and chimneys.  In addition, snow sliding down the roof as it starts to melt adds weight to the lower sections of the roofline.

TEMPERATURE VARIATIONS:  When snow begins to thaw and temperatures drop again, it refreezes.  This causes the weight to shift across the roof, creating more stress on some areas.

Unfortunately, snow may absorb heavier rain between the frozen crystals.  This drastically increases the snow’s weight.  That is a big problem—especially if the temperature drops quickly causing the snow to refreeze.

All these variants create a challenge for assigning safe snow loads for a location.  That is why design and construction in snow country relies on professional engineers.

How Roof Snow Loads in Construction are Determined 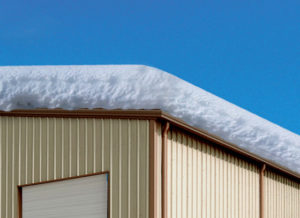 Structural live loads for snow across the U.S. are based on a number of factors, including:

Using this combination of data, engineers determine snow loads for different areas.  However, local communities or states may amend the suggested loads— or even write their own codes.

All RHINO metal buildings are guaranteed to meet or exceed all the current local codes for the LIFETIME of the structure.

Nevertheless, as loads vary dramatically from one area— and one elevation— to another, it is the responsibility of the buyer to check current building codes with their local building officials before ordering their RHINO pre-engineered metal building.

You can trust RHINO prefab steel buildings to stand up to the winter rigors of snow country. 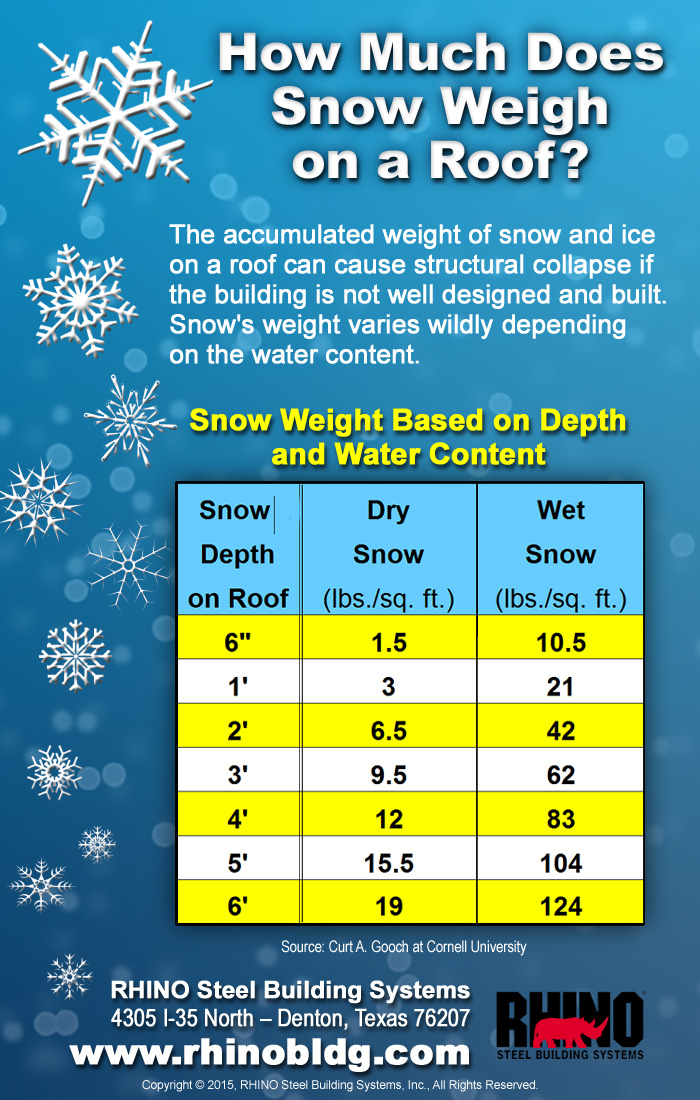 Let RHINO’s experienced metal building specialists answer all your questions.  Ask for a free quote on the building of your choice.

You can depend on a RHINO pre-engineered metal building for maximum protection from the snow, wind, and seismic challenges common to your area.

In addition, check out these handy tips for preparing your steel building for winter.