Structures all across New England here need to stand up to hurricane-force winds and massive snowfalls. 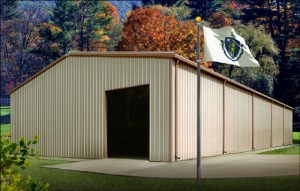 Five of the Worst Massachusetts’ Storms

Let us look at few of the most grueling storms to strike Massachusetts in the last 65 years.

1991— Hurricane Bob: Startling weather watchers, Hurricane Bob progressed from a tropical depression to full-blown hurricane in only 18 hours on August 17, 1991.

Rapidly strengthening, Bob reached Category 3 strength on the Saffir-Simpson Hurricane Scale by the next day. The cooler Atlantic waters weakened the storm to a Category 2 before it barged into Rhode Island and Massachusetts on August 19.

Still reeling from the impact of Hurricane Carol, Massachusetts endured another hurricane only 11 days later. Edna churned ashore on September 11, passing directly over Cape Cod, MA, as a Category 2 hurricane. Martha’s Vineyard again suffered wind gusts of 120 m.p.h. Some areas received as much as 11 inches of rain.

Fortunately, Edna did not hit at high tide, as Hurricane Carol had, so the storm surge was only 6 feet. 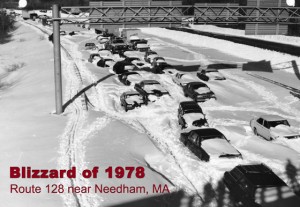 1978— New England Blizzard: Over 27 inches of snow buried Boston and the rest of Massachusetts after a ferocious blizzard hit the area on February 6, 1978.

Weather experts missed the mark on predicting the seriousness of this storm. The strength of the blizzard caught Massachusetts residents off guard. By the time people realized the danger and began their journeys home, the roads were impassable. Traffic stopped. Snow continued to fall at an alarming rate.

By the time the storm passed, 99 people in Massachusetts had perished. Another 4,500 across New England suffered injuries.

Due to the severity of the weather in the area, New England boasts some of the most rigorous building codes in the U.S. No RHINO metal building has ever been denied a building permit anywhere, including Massachusetts. RHINO steel buildings promise to meet— or even exceed— every current wind and snow building requirement— guaranteed.