No type of structure stands up to the rigors of northeastern weather extremes like pre-engineered steel buildings in Connecticut.

When in a tantrum, Mother Nature sometimes releases her fury across New England. Hurricanes, thunderstorms and lightning, blizzards and severe winter storms, tornadoes, wildfires, mild earthquakes, and termites can plague the state. 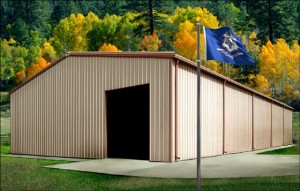 Home of the Insurance Giants

Connecticut is home to many of the largest insurance companies in the country. In fact, Insurance and finance are the states dominate the state’s economy. Hartford is known as “Insurance City.”

These companies cringe at the mere mention of the costly Atlantic storms that have pummeled Connecticut— and drained their coffers.

Here are just a few of the Connecticut disasters:

In northwestern Connecticut, snowfall for the year tops out at 75-inches on average.

In March of 1888, a blizzard buried the Northeast in snow. Cities shut down. Winds as high as 85 mph created huge snowdrifts. New Haven received a 45-inch snowfall. One part of Connecticut recorded 50 inches of snow. One drift reached 38-feet in height. Two hundred ships were lost in waves whipped by the screaming winds.

In 2014, a winter storm buried cars in New Haven, Connecticut.

Hurricane-force straight-line winds and powerful downdrafts rip and tear at trees and structures.

Lightning often ignites a fire when striking a wood-framed structure or trees.

Connecticut experiences one or two tornadoes each year. Most tornadoes in the state, thankfully, are on the lower end of the Fujita Scale, which measures the intensity of a twister. However, even smaller twisters inflict damages.

And exceptions do happen.

In July 1989, an F4 funnel destroyed 350 homes and 40 businesses in Hamden and New Haven, Connecticut.

WILDFIRES: Recent wildfires in the Texas Panhandle made national news as they consumed an area about one-sixth the size of Connecticut.

EARTHQUAKES: While not the tremblor territory California is, Connecticut does experience occasional mild to moderate teeth-rattling earthquakes. Fortunately, most cause only minor property damage. The majority of significant seismic activity in Connecticut occurs near Moodus, in the central part of the state.

Subterranean termites flourish in the high humidity of Connecticut. Wood-framed home and business owners in the state are left with only two choices: pay for preventative strong chemical treatments or dole out money for costly structural repairs caused by the termites.
So what is a builder in Connecticut to do to combat all the state’s construction challenges?

The best way to beat Mother Nature at her own game is by building pre-engineered steel buildings in Connecticut. We offer homes, sheds, warehouses, outbuildings and prefab garages for CT.

RHINO’s steel buildings offer many benefits over other construction methods common to Connecticut:

Superior Strength— With the strongest strength-to-weight ratio of any other building product, steel simply supplies more building with less material. That built-in strength allows premium commercial steel systems like RHINO to easily meet or exceed all current Connecticut building code— guaranteed for the lifetime of the structure.

Faster Construction— Prefabricated in factories and shipped to the site ready to assemble, metal buildings go together in a fraction of the time required for other building systems.

RHINO buildings go together only one way— the right way.

The quicker a building goes up, the lower the costs for labor and builder’s risk insurance— and the less chance of weather delays. RHINO buildings cut construction time by 33%.

Expansive and unobstructed interiors allow the same steel building to adapt to many different purposes over time. Pre-engineered steel buildings owners can also reconfigure and remodel the interior quickly and easily if needed.

Green— Steel is by far the most recycled material in the world. RHINO steel building systems contain a high level of recycled steel. Once the structure reaches the end of its usefulness, the steel framing is sold to be recycled once again. Steel can be recycled endlessly without losing any of its inherent strength.

Let our skilled and experienced metal buildings specialists help you in selecting the perfect building for your low-rise construction project.

Remember, for tough challenges like those in Connecticut, trust a RHINO-tough steel building.