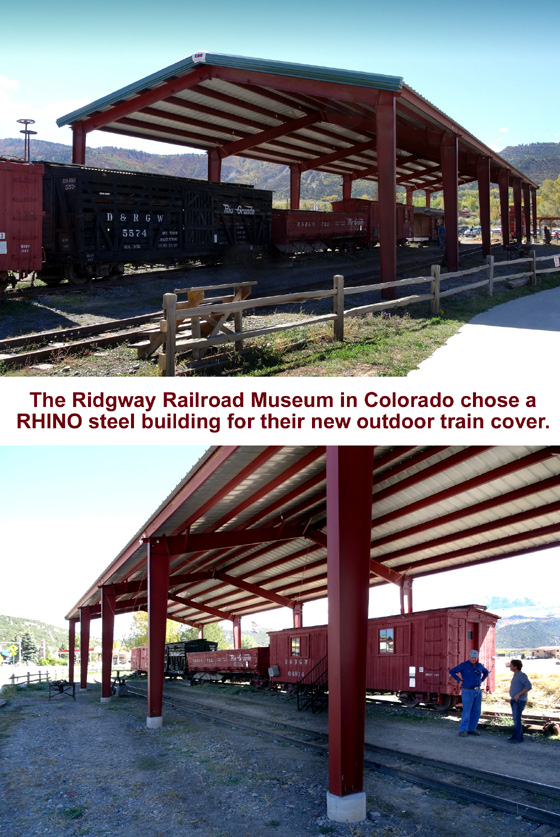 Nestled in a valley of the San Juan Mountains, Ridgway, Colorado’s scenic beauty drew settlers to the region— as did the area’s rich silver mines. Thanks to the early mining in the area, Ridgway also enjoys a unique place in American railroad history.

The first Colorado silver discovery was in the 1860s. In 1879, a large silver strike in Leadville, Colorado, fueled the silver boom. Soon other silver mines opened across the state, including those in the San Juan Mountains.

Moving supplies and silver ore through the rugged San Juan Mountains was tricky and treacherous. A railroad seemed the only solution.

The Denver and Rio Grande Railroad (D&RG) laid branch tracks to the mining towns some Colorado mining towns. However, the formidable Uncompahgre Gorge made connecting Silverton and Ouray seemingly impossible.

The Silverton Railroad finally managed to install tracks within eight miles of Ouray, but found no feasible way past that point.

In 1890, Otto Mears, founder of the newly christened Rio Grande Southern Railroad (RSG), began construction of a narrow gauge railroad line from Ridgway and Durango to the silver mining towns of Rico and Telluride. Ridgway became the terminus between the D&RG and RSG lines.

A tribute to engineering and determination, the little-railroad-that-could completed the rail connections shortly before the great Silver Panic in 1893. Silver prices plummeted to just 63 cents an ounce. Many of the mines closed. The railroads lost much of their expected traffic.

Karl Schaeffer grew up in nearby Montrose, Colorado. After working with the Denver and Rio Grande Western Railroad for over 22 years, Karl and his wife Janet retired to Ridgway in 1997.

However, there is something about flying across country on those silver ribbons of steel that stays with a man. Schaeffer’s love of all things railroad led him to become one of the founders of the Ridgway Railroad Museum in 1998. Today Schaeffer serves as the museum board president— and its biggest fan.

A non-profit organization, the Ridgway Railroad Museum seeks to share the rich history or railroading with area residents and visitors. The museum’s main focus is to educate people about the significance of the railroads to America’s past.

Some of the documents displayed at the museum are over 100 years old. Historic photos, artifacts, and railroad paraphernalia bring visitors back in time to when railroads first spanned the continent. Displays include model railways, too.

The pride and joy of the museum is a “galloping goose.”

The Ridgway museum acquired one such vehicle in 2008. Melding a 1932 Pierce Arrow and a Wayne Bus Body, the goose presented many refurbishing challenges for plucky museum volunteers.

The museum originally intended only to restore the goose cosmetically to its 1950s appearance. However, train zealots cannot abandon the dream of railroad rolling stock in motion. After several years of restoration by undefeatable volunteers, the RSG Goose No. 4 once again rides the rails. 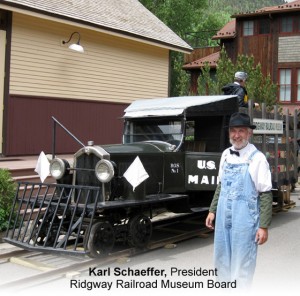 After the extensive and intensive restoration of the galloping goose, museum associates realized they needed a protective cover for their outdoor displays. A train shed would afford a more substantial appearance to the museum railyard, allow restoration work to continue in inclement weather, and furnish a home for the new steam engine soon to be added to the museum’s collection.

Ridgway Railroad Museum placed an order for a 35’ x 150’ x 16’ RHINO open-air steel building. The structure has a 3:12 pitched roof and rests on concrete piers, allowing ample maneuvering room around the steel tracks.

“We at the Ridgway Railroad Museum have gotten many compliments on our new train shed,” says Schaeffer. “We used local contractors for excavation, concrete work, and erection. The RHINO folks were most helpful.”

Keep Your Building Project on Track with RHINO

Did you know steel buildings account for 65% of all non-residential construction projects?

When you examine the benefits available with steel structures, it is easy to see why. Pre-engineered steel buildings are:

Depend on RHINO’s products and people to supply the strongest structure at a great price— and unparalleled service. RHINO ships its ready-to-assemble steel structures all across North America.